Love in the Time of Corona: Online Dating in Asia | Eye on Asia 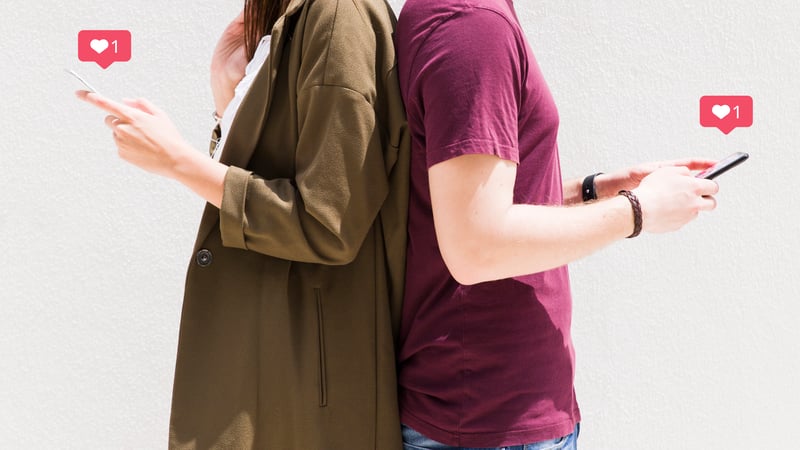 The pandemic has established a new normal in various social activities, and dating is no exception. The preventive measures put in place in every country, like the lockdowns and border closures, caused loneliness for many people. Socially distanced meetups and video dates became the standard romantic practices during the wake of the pandemic. On the other hand, casual hook-ups and engaging in multiple partners were highly restricted in the context of new guidelines.

Human intimacy continues to evolve in the digital age, providing unique challenges with the rise of social media and dating apps, and this became more apparent with the onset of the pandemic. Virtual connections have become an integral part of the new normal, and people have become more connected than ever before, as apps became the go-to avenue for a growing number of people raring to go out and explore romantic interests. For example, in March 2020, Tinder recorded three billion swipes in one day, the highest in the history of the dating app, and in May 2020, OK Cupid saw a 700% increase in dates. Overall, the global dating app revenue increased by 50% over the last four years, reaching 3.08 billion USD in 2020, with a forecast of surpassing 8.4 billion USD by 2024.

These apps were also updated according to the latest social norms, like when Tinder provided “I’m vaccinated” badges on user images. When OKCupid launched its vaccine badge, users who said that they are vaccinated or are planning to get vaccinated on their profiles got 15% more likes and 14% more matches. Dating apps also started to introduce video, voice calling features, and more as the apps become more vital while the pandemic progresses. On top of safety from contracting COVID-19, these developments point to communities that enjoy using dating apps whenever they want and screen potential dates in relative safety. These features might work their way as standard additions to the apps as countries start to treat COVID-19 as endemic.

Sentiments on Online Dating in Asia

The dating scene in Asia was not spared by the pandemic as well. When dating app Bumble conducted research in several countries on dating in late 2021, they found notable paradigm shifts. In India, 83% of their users have become more interested in dating when the outbreak happened. Users have spent more time having better quality chats during the pandemic, with just under 80% of the users being open to trying or having tried virtual dating. Ultimately, 45% of the single Indians surveyed believe that online dating is the normal way of dating in India.

In a similar study conducted by Bumble in Singapore, it is found that nearly one in three women said that their usage of dating apps increased during the pandemic, while two in five men said the same. Dating customs also changed with online dating, as only 41% of women and 20% of men believe that men should make the first move. When Bumble conducted its study in the Philippines, it was found that 49% of the respondents believe that one can fall in love through dating apps. It was also discovered that 42% of the Filipino respondents used an online dating app within 2021, with 30% saying they have used the apps more since the pandemic began.

In a recent survey conducted by matchmaking company O-net in Japan, 48.5% of their respondents agreed that they can fall in love with a person of the opposite sex they’ve just met online and that 14.4% of the respondents found their current opposite-sex partners through social media and dating apps, beating other venues such as the workplace and mixer parties. Experts believe that this can be attributed to the social distancing measures required during the height of the pandemic. Additionally, in a separate study conducted by the Nikkei Asian Review, online dating in Japan is as much as 30% more effective in bringing people together permanently, compared to the conventional means of meeting people through work, friends, or by chance.

Local dating apps in Asia have seen an increase in usage during the pandemic period, and some startups are seeing the potential of growing online dating communities across the region.

During the circuit breaker lockdown in Singapore, local dating app Paktor saw its user base spend 10 times longer time on the app than they did before the pandemic. Paktor also saw a surge in app users as more singles joined, leading to a 10% increase in new users. The app continues to become one of the biggest dating apps in Asia, with some 15 million users in Taiwan, Singapore, Malaysia, Indonesia, Vietnam, and Thailand.

In China, usage time for the mobile dating app Tantan increased over 30% during the pandemic compared with average usage before the pandemic. During the outbreak, the youth segment of the user base, born around 1995 and after 2000, has become the app’s top user base. The app also recorded an increase in messages sent and daily matches by more than 20%.

In India, an app was developed especially for the queer community. Released in June 2020, As You Are was developed by Sunali Aggarwal as a venue for the Indian LGBTQ community to not only browse through dating profiles but also to network and have a safe space to meet and interact with others who share the same interests and values. While its Matchbox dating feature was the app’s initial main draw, the developers realized that there was not enough engagement there and that Indian queer people are looking for more than just dating.

In Japan, about 800 firms and organizations across the country have signed up to Aill goen, an AI dating app designed for office staff to find love during the pandemic. In the app, a pool of potential matches is limited to the employees of participating companies, providing a “secure and safe platform”, according to the app’s developers. Launched in November 2020, Aill Goen’s aims to be a platform that would make it easier for employees to enjoy a good work-life balance, which in turn can boost their respective companies’ growth. The developers emphasized the high rates of dates due to the app’s innovative AI-assisted features, which enticed big-name companies such as Nippon Telegraph and Telephone Corp., Mizuho Securities Co., and All Nippon Airways Co. As of December 2021, 76% of its active users were able to arrange dates.

Everyone was collectively robbed of time during the pandemic, and this includes time to bond with loved ones, as well as mingling with friends and dating strangers. However, people will always find a way to make up for lost time, as well as the loneliness caused by the pandemic, and the digital space has provided a good, virtual alternative to find romance.

Want to learn more about what's popular with people in Asia? Then check out our other Eye on Asia entries! Check out our Asian survey about the most romantic dating ideas and our blog post about the love holidays of South Korea. See you in the next one!