The Philippines is an archipelago consisting of over 7,100 islands. It is home to several ethnic groups speaking about 183 different dialects. With this cultural and geographic divide, the country is known for its diversity. Nevertheless, certain traits do run from one end of the nation to the other, and everyone seems to be connected through the power of social media.

Social interactions are a basic part of daily life in the Philippines.
That's why it comes as no surprise that Filipinos are quick to take to social media.

Filipinos are very social people. They’re known for their close-knit relationships among family and friends. Social interactions are a basic part of daily life in the Philippines, even extending to strangers as Filipino hospitality is legendary. That’s why it comes as no surprise that Filipinos are quick to take to social media.

2. Social Networking in the Philippines 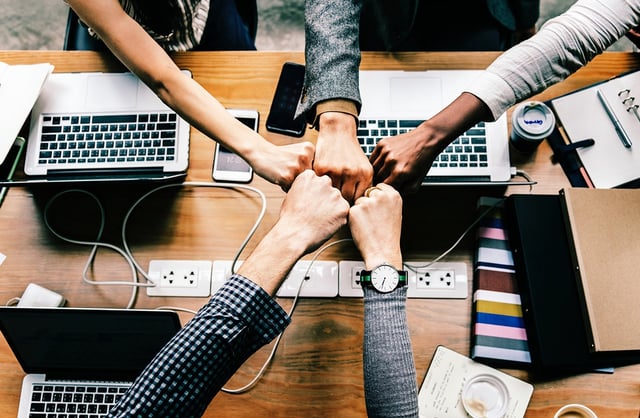 For Filipinos, social media is a form of connectivity that serves as a means to establish and reinforce their relationships. They care a great deal when it comes to connecting with others. Engaging in social networking sites is the number one activity among internet users as its user-generated content allows for real-time updates from people from all over the country (and beyond!).

With roughly 76 million active social media users spending an average of four hours and 12 minutes per day logged in, the Philippines had been dubbed the “social networking capital of the world” based on a study released by Hootsuite and United Kingdom-based consultancy We Are Social. 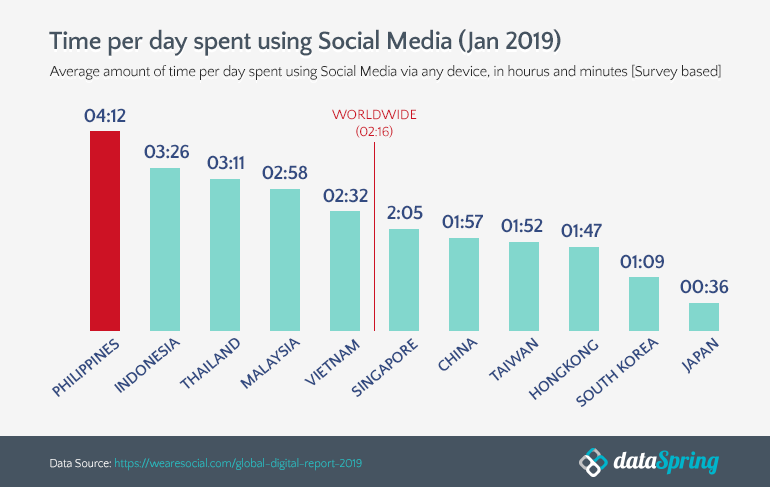 Facebook rests at the top spot of the most used social networking platform, with 97% of Filipino social media users actively using it or have at least signed up and created a profile. YouTube comes next at 96% and Instagram places third with 64%.

News also breaks faster on social networking sites than in traditional media, making it the go-to place for connectivity or keeping up with current events.

By far, the most popular activity for Filipinos online is engaging in social, consisting of 90% of total internet users - which is ironic because the internet speed in the Philippines is infamously the slowest in Asia.

3. Internet in the Philippines 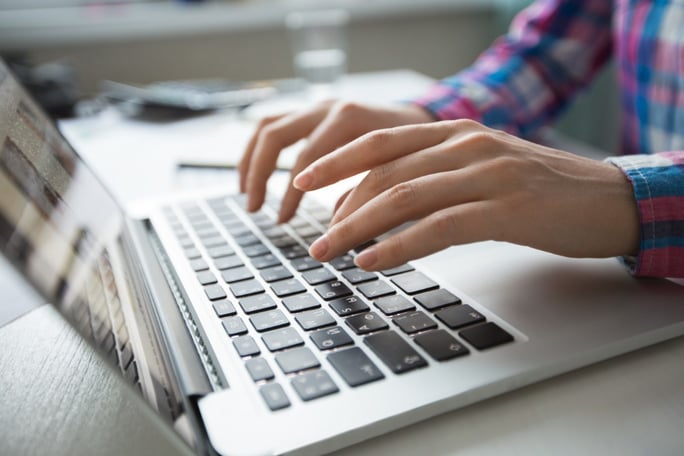 Internet penetration has reached 71% of the country’s total population as of 2018. Aside from social media in the Philippines, e-commerce is also steadily solidifying its presence among netizens. Although it's still a long way from giving malls a run for their money, online shopping is the second most popular activity online among Filipinos. 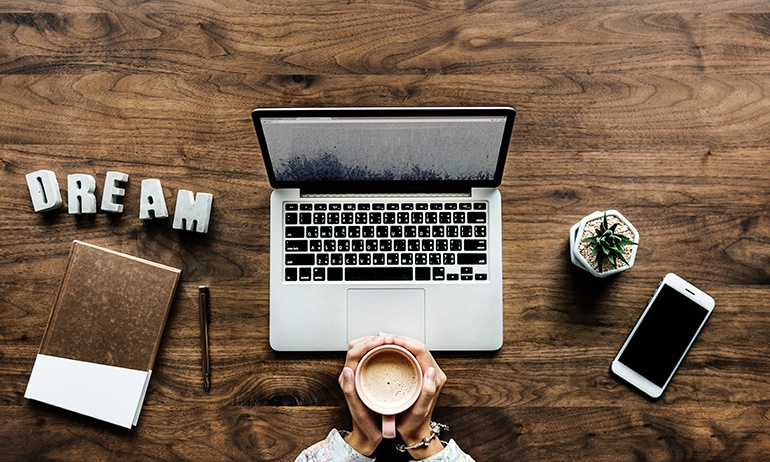 The internet population is continuously growing in the Philippines. With so many trends coming and going, it’s hard to ascertain what the digital future of the country will look like.

One thing is for sure - information is a driving force to empower and to connect a country as geographically and culturally diverse as the Philippines. The availability of information and the ability to share it in real-time has been a game-changer, particularly in politics and calamity response. The growth of social media in the country is still expanding, that's why we've listed four more reasons why social media in the Philippines is huge.

Want to know more interesting Asian insights? Check out our other Eye on Asia articles like the solo dining trend in Korea or Japan's cherry blossom economy. Also, check out this feature about dataSpring's Filipino online research panels.