In 2015 Shopee was launched by its parent company Sea Limited as a social-first, mobile-centric marketplace. Although a latecomer to the game, it has managed to become the leading eCommerce platform in SEA in just 5 years.

According to Shopee’s chief commercial officer Zhou Junjie, being late to the industry was not a disadvantage after all. They were able to observe the market closely and detect the trends or areas that they can improve that the existing players were not addressing.

Now, Shopee dominates all six countries in the SEA eCommerce, with a report boasting its performance across nations as the app with the highest monthly active users, the highest number of total downloads, and websites with the most visits on both desktop and mobile web.

So what are the driving strategic factors that led to Shopee's journey from an ambitious startup to a regional retail powerhouse? 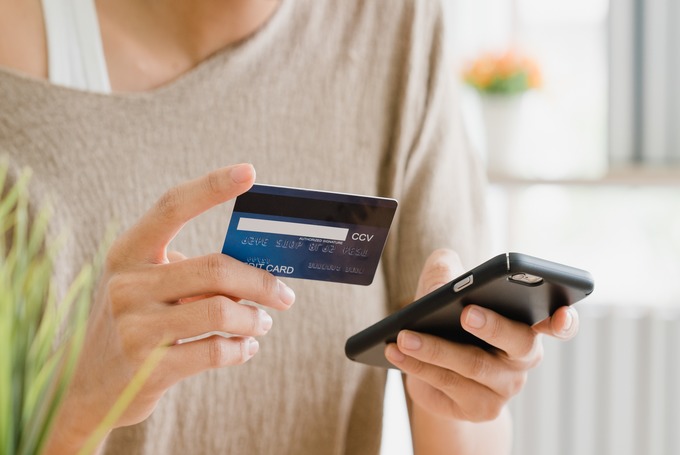 Southeast Asia’s average usage of mobile internet is the highest among regions, with around 90% of the region’s population accessing the internet through their smartphones. Shopee soon realized that the future is mobile and was right to tap this internet audience by launching the Shopee application first instead of their website, reaching the market of mobile users.

Investing a lot of resources into app development, thanks to the tremendous support of its sister company Garena, Shopee was able to create a user-oriented design that offers an end-to-end online shopping experience for both retailers and customers, providing a personalized and social experience for its users.

The company saw this emerging trend as the way forward for eCommerce in the region, and they believe that online shopping must evolve to fit in particular to the needs of the younger users who grew up communicating, collaborating, and entertaining themselves on mobile devices. This approach allows Shopee to take advantage of the expected continued growth in mobile penetration.

Shopee continues to record strong momentum as the company observed a 40% increase in the time users spent in-app per week last year. In the Indonesian market, it registered over 430 million orders for the Q4 of 2020 alone or a daily average of around 4.7 million orders. Aside from SEA region, the platform also ranked first in Taiwan and globally it was the third most downloaded app in the shopping category. This proves the ability of the company to provide more than just a transactional shopping experience.

Shopee has a strong customer-first philosophy and they have successfully provided a customized online experience for their users through a proficient and friendly buying and selling environment. This has served as one of the competitive advantages of Shopee, which include unique features of culture, language, and marketing strategies in their operations for each market.

To build brand loyalty and create memorable experiences, Shopee focuses on understanding each market and its user behaviors through a lot of hyper-localized activities. Local offices and teams operate in each of the markets where the focus is to present product categories and marketing campaigns according to what is appealing to the market. The company has also partnered with local banks and logistics for their operations in each country to cater to the demands. In the Malaysian market, Shopee saw one of the pain points for user transaction - the local shipping price - and they addressed over-inflated shipping costs by providing sellers an option for free shipping across Malaysia for items weighing up to 5kg.

When it comes to user engagement, a proven effective localization approach by Shopee is to have each market use celebrity endorsements, influencers, and ambassadors that are respectively popular for each country and to whom consumers are most receptive. In the Philippines, the latest ambassador was the famous Filipino singer and songwriter Jose Mari Chan, who is known for his Christmas carols and is great fit for a country known to have the longest Christmas celebration. His campaign was released on the start of Christmas season in the country last September 2020. In other markets such as Thailand, consumers are seen to have a preference with mixed-race celebrities, and the Vietnamese market runs campaigns with celebrities from movies, music, sports, and comedy industry. This year, Shopee Indonesia is welcoming its new promo called "Big Ramadan Sale", a month-long sale with a series of best offers that caters to users' needs during Ramadan.

Instead of focusing on advertisements, Shopee managed to capture customers through various campaigns, for promotions from free shipping, discounts, to flash sales all year round.

In 2020, the anticipated yearly Singles Day, or 11.11, proved how Shopee's marketing strategy is still dominating the marketplace as it topped all six countries in the region during the said shopping day, as the platform saw 200 million items sold in one day. The drive of promotions per market is becoming increasingly creative as well in setting up deals and attracting buyers. In Malaysia, Shopee focused on different demographics via app in February 2020. Shopee Malaysia launched a men's sale option as the platform observed that women shop as a form of entertainment, whereas men focus on higher ticket items and there has been a steady increase of male buyers making purchases of laptops, phones, and appliances.

Shopee also added an interactive marketing strategy called "Shoppertainment" to increase traffic and enhance engagement in the platform. This feature includes streaming events, in-app interactive games, and Livestream events that are usually hosted by local influencers and treat viewers with giveaways such as Shopee coins or products from participating brands. In Singapore, Shopee reported that users have spent 40% more time in-app and on live streams by brands and sellers, increasing by 40 times while regionally it increased 70 times. Indonesia also saw a similar increase in usage of live streaming in the second quarter of 2020, reaching 30 million viewing hours. Usage of in-app games also increased, with Singaporean users playing 60 million times while users in Indonesia playing 10 billion times.

What's next for Shopee?

The effectiveness of Shopee tailoring their marketing strategy for each market saw success both locally and internationally that even the former leading platform in the region, Lazada, is now restructuring their approach.

As the eCommerce momentum continues, Shopee is also aiming to ensure that more businesses can digitize and tap into the growing opportunity in the region. The company also shared their predictions for 2021 in the Philippine and Indonesian market: increase in the usage of digital payments, placement of logistics at the forefront, and implementation of innovative retail strategies by brands and sellers.

From Shopee's experience, it can be learned that continuous strategic planning and innovation are required to adapt to fast consumer patterns - this should always be a continuous effort to retain customers. With the gold standard for an immersive engagement set by Shopee, this will reinvent Asian eCommerce and it will be worth looking forward to what other platforms can bring to the table and challenge Shopee's position.

Check out our other Eye on Asia entries! We've got stories on An Uneven Road to Recovery Ahead for Singapore and How Social Media Impacts the Buying Behavior of Asian Consumers. See you in the next one!